Cabinet of Curiosities and connecting Passage

The Strahov Cabinet of Curiosities was bought for Strahov out of the estate of Karel Jan Erben in 1798. Cabinets of curiosities (Wunderkammer) are the direct predecessors of modern museums. Their collections reflect the Rudolphine Renaissance and its interest in the mysterious and remarkable, and the beginnings of the systematic concept of natural sciences. 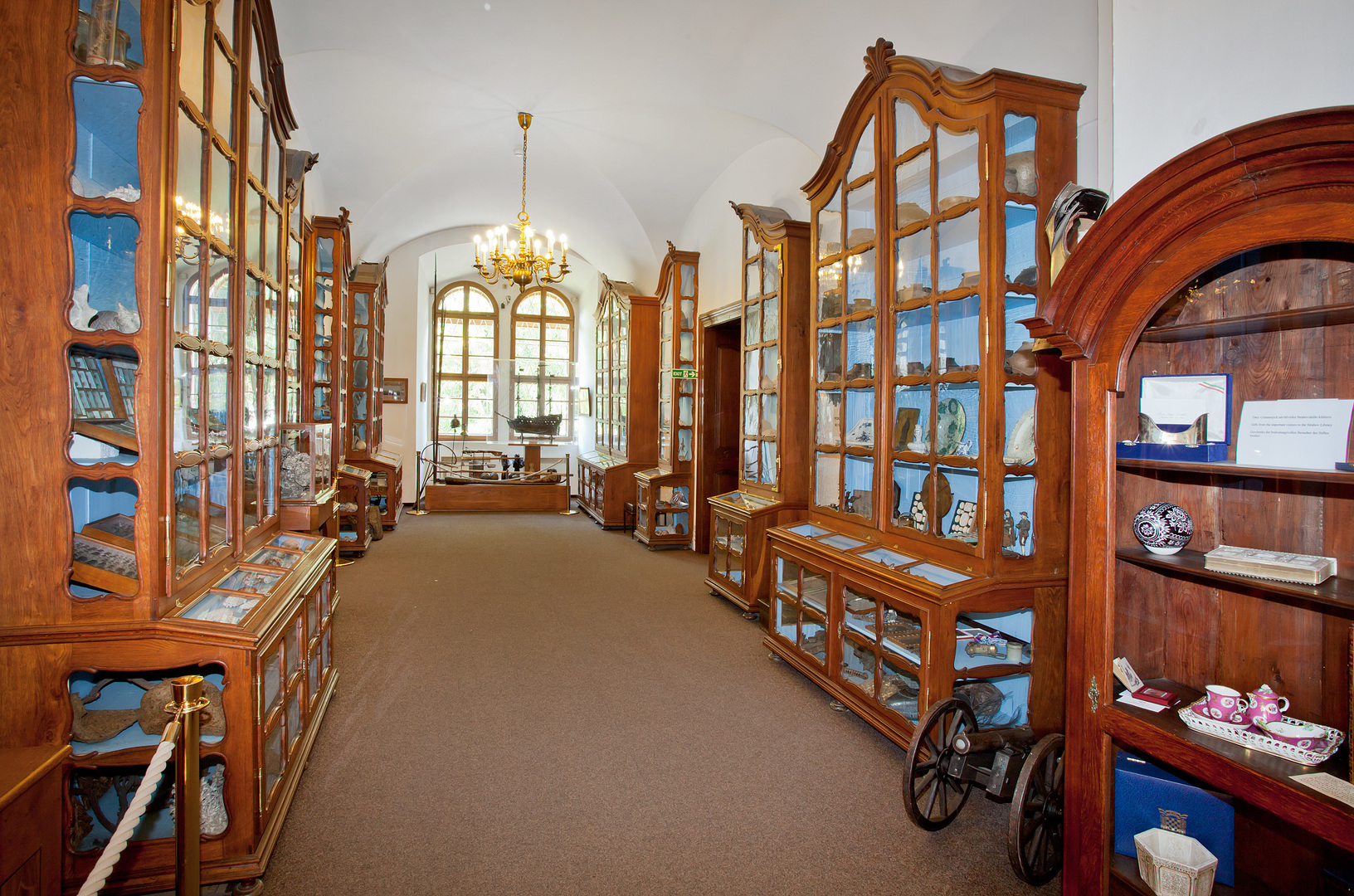 Right at the entrance to the historical part are natural science collections, mainly with sea fauna, complemented with collections of insects, minerals, and wax replicas of fruit. Here a true object of

curiosity is the prepared remains of the bird Dodo (Dodo ineptus), now extinct. A wire shirt from the 12th century and a breastplate from the 17th century hang between the display units. The display units contain 'archaeological' collections: ceramics, handcuffs, Hussite peasant weapons. In front of the entrance to the connecting passage there is a pedigree chart of Premonstratensian monasteries for the period from 1120 to 1727.
In the connecting passage, we can see a number of volumes, mainly related to medicine, law, alchemy, and metallurgy. At the end of the corridor, above the door, there is a portrait of Abbot Kryšpín Fuck, who made the upper flow of the Vltava navigable all the way to Prague just before the mid-17th century. 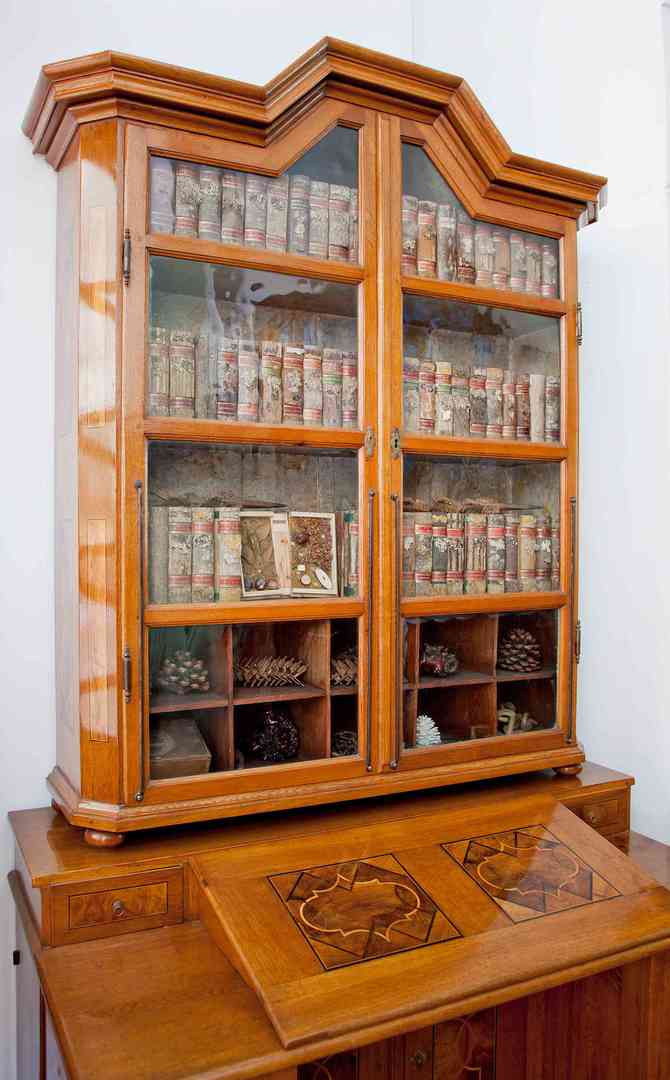 Right of this picture a dendrology library or a xylotheca is situated. Of the 68 volumes prepared by Karel of Hinterlagen around 1825, each documents one type of wood. The panels are made of the wood of the relevant tree, the spine with the title in Latin and German is made of bark with lichen, inside there are roots, branches, leaves, flowers, fruits, sections of branches, and pests. Beyond the dendrology library, on the back wall of the passage, there is an illusive perspective painting by Achbauer, from 1825, which extends the corridor by means of optical illusion.

A facsimile of the Strahov Evangeliary is presented on a special stand. This codex, which is older than the Czech state, is dated 860-865 and comes from Trier; in around 1100 it was still the property of the local monastery of St Martin. Between 980 and 985 four full-page illustrations of the evangelists were bound into the codex. These illustrations, the peak of the Ottonian art of illumination, were produced by one of the most distinguished masters of book illustration in the Early Middle Ages, Master of St Gregory. On the new binding from the Gothic period, covered with red velvet, there are, in the corners, four large enamel targets with Romanesque ornaments (circa 1180), four bronze Romanesque figures, and six cut crystals. At the time the new binding was made, sculptures of Christ on the Cross, Our Lady, and St John, and four silver Renaissance medallions with four Evangelists. The groups of curiosities between the windows are predominated by military ship from the turn of the 17th and 18th centuries. Next to these are military exhibits: the barrel of a cannon from 1686, five cannonballs, and riding boots which are perhaps from the time of the French siege of Prague in 1742, three Polish spears, a Tatar bow, a hunting crossbow, helmets from the turn of the 17th and 18th centuries, and a Slovak axe (valaska). Two elephant trunks and a tooth from a narwhal (previously passed off as a unicorn horn) lie on the landing.