The beginning of the second millennium was a time of reform movements in the Church, connected with the development of monasteries as spiritual and intellectual centres, the construction of remarkable sacral buildings and the intensive Christianization of Europe. However, the interconnection between ecclesiastical and secular power led to the struggle for investiture (i.e. whether representatives of secular or spiritual power should make decisions regarding the church superiors), to nepotism (appointing church officials based on kinship) and to simony (trade in church offices and ranks). The representatives of the reform movements were fighting against such vices.

Among exceptional reformers of that time was Norbert of Xanten, the founder of the Premonstratensian Order.

The Premonstratensians came to Bohemia thanks to the Bishop of Olomouc Jindřich Zdík, heavily supported by King Vladislaus II and his wife Gertrude. The first Canons were invited to Strahov in Prague from Steinfeld, Germany in 1142. Soon, Strahov established Litomyšl (1145) and Litomyšl established Hradisko (1150). Subsequently, in 1190 the monastery in Louka u Znojma was founded, in 1193 Teplá and later, in 1209, Zábrdovice. From Zábrdovice the convent in Nová Říše was founded (1211), which became an abbey – at that time a canonry – in 1733. From Steinfeld another monastery in Bohemia was founded, namely Želiv (1149), from where Milevsko was founded in 1187. Other convents beside Nová Říše were Doksany (shortly after Strahov, about 1143-1144), Louňovice (about 1150), Kounice (1181) and Chotěšov (in the first decade of the 13th century). 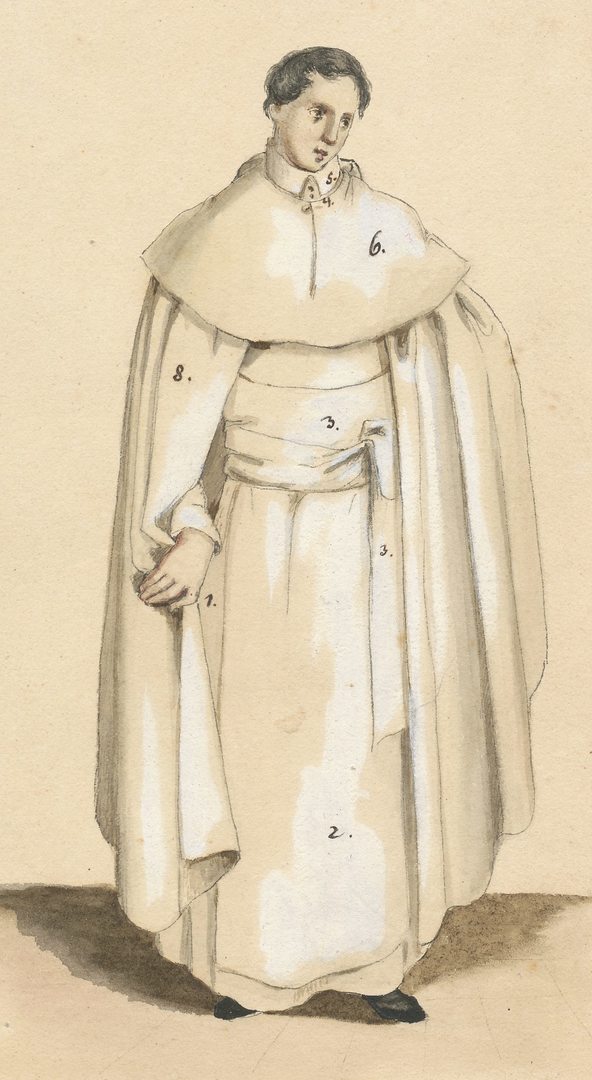 In the 13th century, the order was divided into circaries (connecting monasteries based on regions or language). The Abbot general exercised legal power over all circaries. The division into circaries is still applied today, circaries forming the basic elements of the order's structure.

Similar to the history of the church, in the history of the Premonstratensian Order we can see periods of flowering and decline followed by growth. The order experienced its greatest expansion before the 14th century, when the monasteries, not only through their numbers (more than 3000 monasteries), but the quality of their life and work, contributed to increasing the religious and cultural growth of their immediate and remote surroundings. In the 15th and 16th centuries, there was a crisis within the order due to both external (reformation, the Hussite wars in our area), and internal (a decline in community life, the appointment of not always suitable superiors - the institute of commendatory abbots) causes. In the 17th century, certain circaries obtained the rights of general chapters, which resulted in a weakening of the centralization of the order. In spite of that, until the last quarter of the 18th century we may talk about the order as being stabilized. During the subsequent decades, the Premonstratensians were affected by the abolishment of the monasteries: In France, there was a forcible liquidation of monasteries during the French Revolution (Prémontré was abolished in 1790), in the Habsburg Monarchy, there were the many insensitive church reforms of Joseph II, and in Germany, there was the secularization of monasteries as part of the war reparations in the first years of the 19th century. After 1835, there were only 9 monasteries and 6 convents left. However, at that time there was a renewed endeavour to restore the order and monastic life. Not all the endeavours were successful but monastic life returned to Belgium, France, Germany etc. The unity of the order was restored thanks to Popes Pius IX and Leo XIII, who summoned all abbots to Vienna for a general chapter in 1883. Abbot Zikmund Starý became the head of the order. 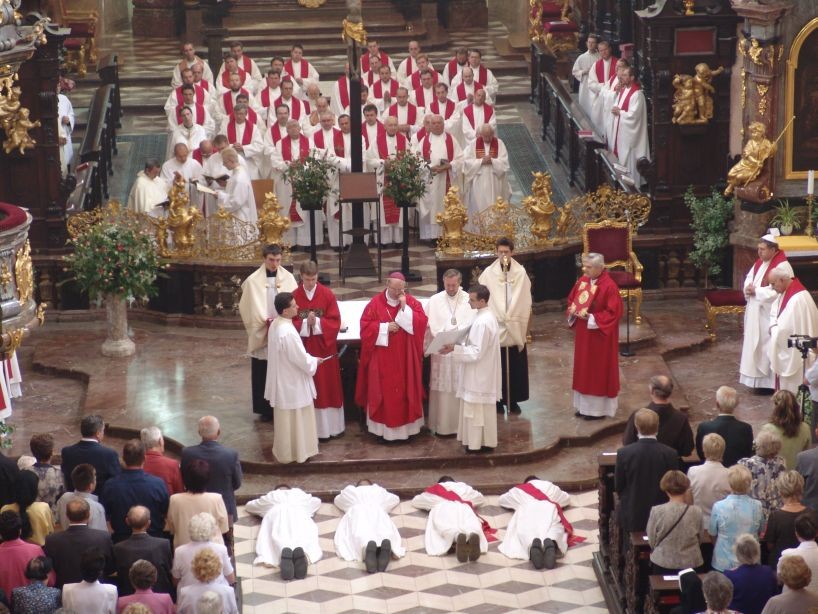 For the Premonstratensians in Bohemia and Moravia, the end of the 19th century and the first half of the 20th century was a period of development, despite some problems. The Canons survived World War 2 successfully (although some of them were imprisoned and died in concentration camps), however the communist regime was a much greater threat. In 1950 all monastic orders in the former Czechoslovakia were forcibly disbanded and many Premonstratensians were unjustly condemned in false trials. Strahov Abbot Bohuslav Stanislav Jarolímek died in prison. Individual communities continued their activities, more or less successfully, albeit illegally, so after 1989 they were able to return to their monasteries and renew their religious life.

Nowadays, we follow this rich tradition of the order anew. The viability of the order is proved by, among others, missions found in Africa, Brazil, South America and India, supported by monasteries in Europe and North America. At present, the order has about 1330 Canons and 374 nuns.

The Strahov canonry has 74 members at present. Most of them work at presbyteries in Bohemia, Moravia and Slovakia (for example Premonstratensians run the presbytery in Jihlava and the pilgrimage site in Svatý Kopeček u Olomouce). Two dependent houses in Milevsko and Holíč in Slovakia also belong to the canonry. The spiritual administration is performed in a renewed Premonstratensian cloister in Doksany. Abbot Daniel Peter Janáček is the head of the canonry.