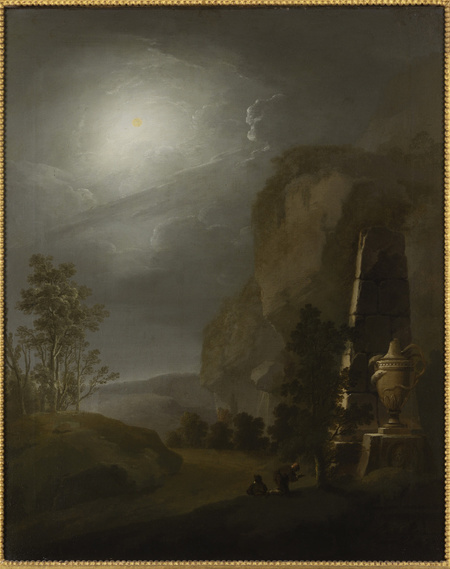 Prague painter, drawer and graphic artist František Xaver Procházka worked for a long time as an author and restorer of altar paintings. When social needs in the area of painting changed after the reforms of Emperor Joseph II, when the themes in art went through a fundamental shift, Procházka reacted to the situation. Around 1800 he fully developed his landscape painting in which romantic scenes replaced idyllic rococo scenes. The quiet landscape in these two paintings shows the author's interest in ideally composed scenes, with the ruins of ancient relics exactly in the spirit of classicism which was fashionable at that time. Before 1950 more than fifty paintings by Procházka were held in the Strahov collections, partly acquired from his estate. Despite the losses caused by confiscations between 1950 and 1990, the Strahov collection of his paintings remains the largest in Bohemia. 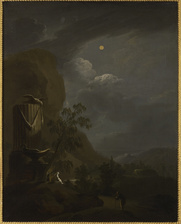