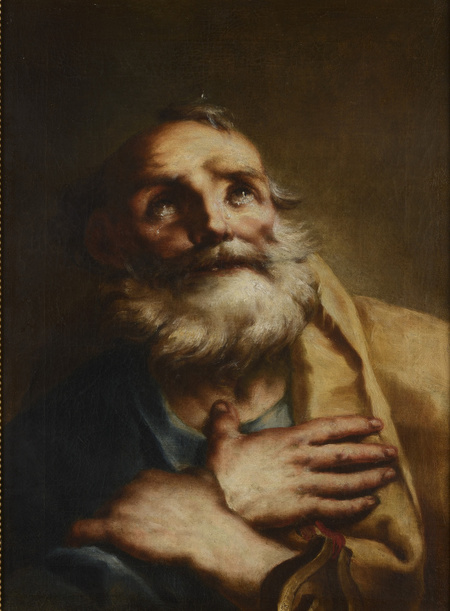 After studying with his father, František Xaver Palko (Balko) went to the Academy in Vienna with his brother František Antonín. He later became a co-worker of Antonio Galli da Bibiena, a renowned theatre architect at the Imperial Court. After short stays in Bratislava and Hungary, he was called to Saxony where he became the court painter for the elector. In 1752 he settled in the Lesser Town of Prague and participated in the decoration of the Jesuit Church of St. Nicholas. During the following two decades he mainly worked in Prague on church commissions. Besides the Jesuits, he worked for the Theatines, the Cistercians at Zbraslav and the Premonstratensians at Srahov where he supplied paintings for four side alters - St. Martin with a Beggar and an Angel, The Conversion of St. Paul, St. John of Nepomuk in Prayer and St. Augustin with the Legendary Boy. For the Premonstratensian convent in Doksany, which was connected with Strahov through the provosts, he painted a fresco for the refectory.
The two portraits of the Apostles are identical to two paintings of the saints from the cycle of the Twelve Apostles in the Cistercian monastery in Vyšší Brod in southern Bohemia and these are identical to another two portraits of the Apostles (St. Bartholomew, St. Matthew) in the Cistercian monastery in Osek in northern Bohemia.