The Resurrected Christ Appearing to the Virgin Mary 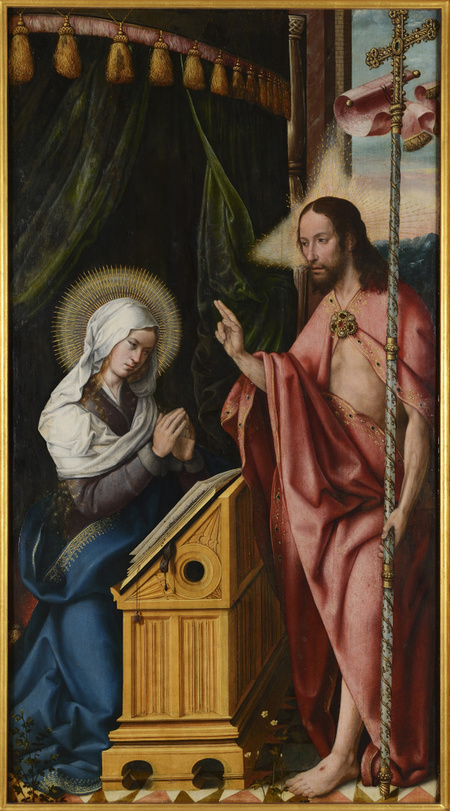 The painting is most likely from the workshop of a Flemish painter who worked in Antwerp between 1493 and 1520. The name and details about the life of the painter are unknown and because his most prominent works were placed in Frankfurt am Main (in particular the Städel Museum), he is called the Master of Frankfurt. His works were influenced by the Flemish painters Jan van Eyck, Robert Campin and in particular Hugo van der Goes. Among his clients were members of rich Antwerp society as well as the Habsburg dynasty, with whom the imperial eagle on the tile at the Christ's foot is probably connected. This could mean that the painting was commissioned by a member of the Habsburg family because the portraits of Frederick III and his son Maximilian I were probably painted by this workshop.

The model for the composition was Dürer's engraving from The Small Passion cycle. The scene depicts an event that is not described in the Bible, only in Medieval literature, and according to which the resurrected Christ met his mother and said to her: "Salve sancta parens".